HomeSnack 4 Larabars That Are Almost Paleo

4 Larabars That Are Almost Paleo 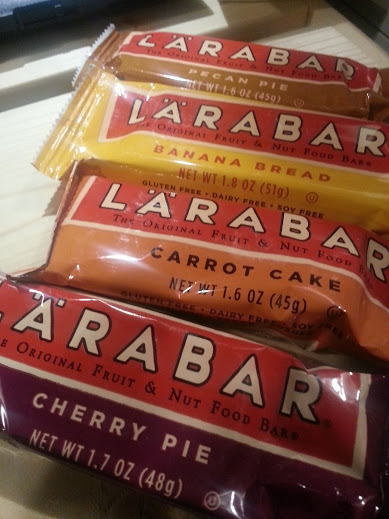 Sometimes you just don’t have time to grab food so you need a bar. No, not that kind of bar. Something to eat kind of bar. We’ve tried a number of different bars out there, some of which say that they are paleo but really aren’t (when you look at the ingredient list) but some of those “really paleo” bars are hard to come by normally. When we heard that some Larabars are ok we thought, that’s cool, since we can get those at our local Whole Foods Market or Trader Joes. Gotta watch out though, most of them have cashews and/or peanuts. If you are staying away from both of those we recommend the following:

Of course none of these are strictly paleo, they do contain some natural sweeteners, but they are much more paleo (IMHO) than some other supposedly paleo bars out there – like Nogli…