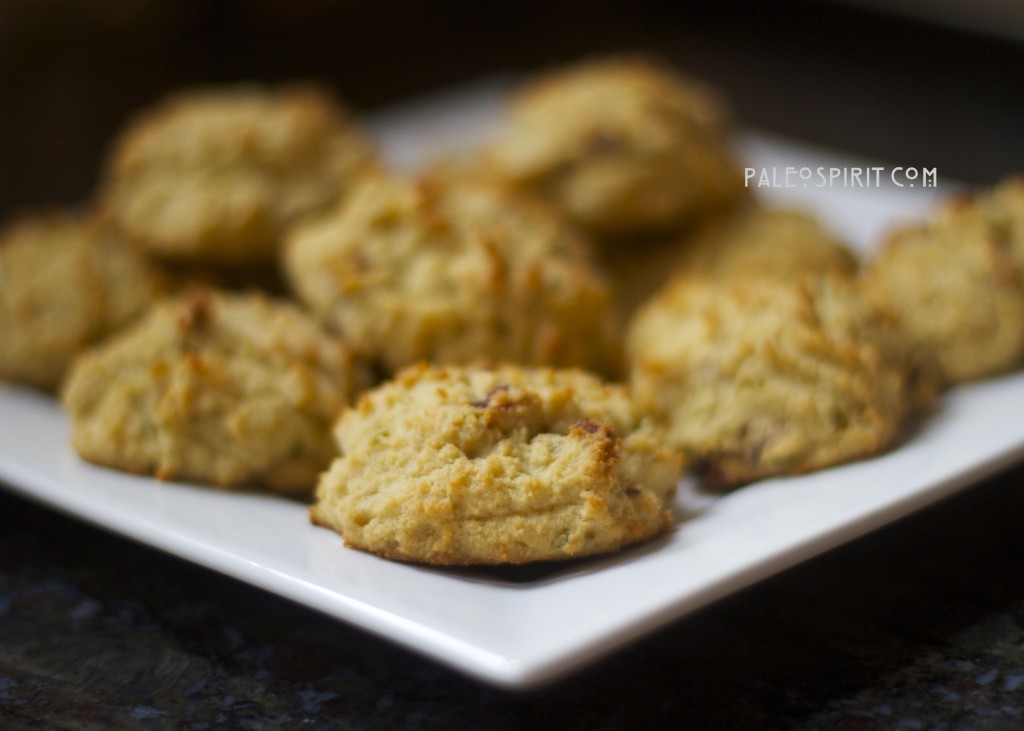 A few months ago, as we had just started on our Paleo journey  we were really jonesing for some bread. Really had a craving for a nice big, thick deli style pastrami sandwich. Which of course is not-Paleo – the rye bread is definitely a big no-no. So we happened to be in a natural food store and came across not one but two types of Paleo “bread” – one made with almond flour and one with coconut flour. Not knowing which one was better we bought both.

Bad idea. They were both practically inedible. Tasted a big like two slices of sponge on either side of the meat. So we kinda gave up on the Paleo bread.

The other day, my son was toasting an English muffin, which of course is also verboten on Paleo  I noted that its shape and size were a lot like the Paleo chocolate chip cookies we’d made earlier and thought – hmmm – there must be a decent Paleo biscuit recipe out there and voila! Here it is.

Especially love the bacon – I mean who doesn’t love bacon. One of the joys of Paleo  if you ask me 🙂

Hat tip to the great folks over at PaleoSprit

Several weeks ago my husband came home from work and happened upon a loaf of bread I had made. It was my attempt at a paleo bread recipe. Later, he told me how happy he was to see bread – something we ordinarily do not have in the house. He saw the bread, got excited and immediately reached for a slice. As G tells it, he was bringing the slice to his mouth when he remembered, “Wait a minute. Lea doesn’t eat bread. This must be Paleeeeeoooo breaaaaaad…” It was too late. He had already taken a bite and his trepidation was validated.Not good.We have been joking about this ever since. Not to say it does not exist, but we have yet to find a good recipe for paleo sandwich bread. And, honestly, while G may disagree, I’m not that bothered. After eating grass fed beef and vegetables and healthful fats for months the allure of bread is not quite what it once was.