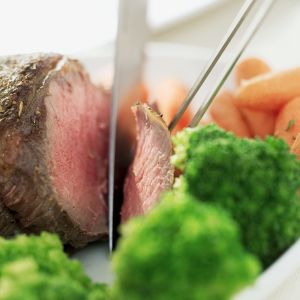 This is so true – but of course you can say the same about all diets can’t you? But I think people do get the fact that Paleo is different, that there is something that just feels right about it.

Some of the popular opinion around the paleo diet is that you can’t truly eat paleo today, since you can’t really get the exact same kind of meats and veges that you used to get back then. By the same token, there are plenty of foods that some people consider paleo even though they never existed back then, like say mustard.

That’s why I say that the proof is in the pudding. Just try it for a while: eat as close to paleo as you can – get the pasture butter and the grass-fed beef and the organic, cage-free eggs. Try it for a few months. My bet is that you will lose weight and feel better.

If you’ve heard phrases recently from peers who are on a “hunter-gatherer diet” or are “eating like a caveman,” don’t be alarmed. They’re simply talking about a diet and lifestyle trend that’s shot to fame in recent years.

The paleo diet is founded on the premise that if we adopt eating habits similar to those of our ancestors, our bodies will reap significant health benefits. Specifically, this means lots of meat, vegetables, nuts and berries; but no wheat, sugar, oil or dairy. Simply put, whatever a caveman didn’t eat because he didn’t have access to it, you don’t eat either. In turn, the diet claims to help devotees lose weight, become more fit and rid their bodies of sickness and disease.