HomeRecipes How to Make Bacon from Scratch

How to Make Bacon from Scratch 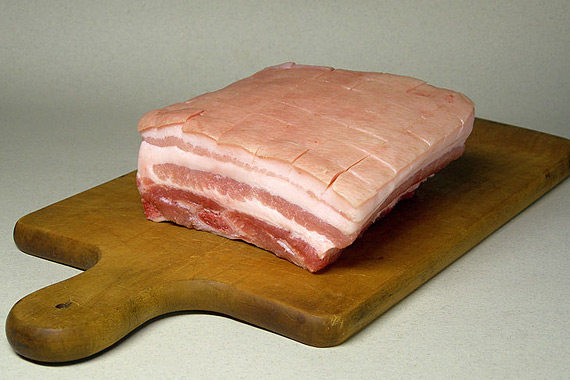 We are definitely going to try this at home. Hat tip to MakingBaconAtHome.com on Kickstarter for giving us the idea…

Bacon.  It has a wonderful place in human history. Humans have eaten it for thousands of years, traded it as a staple of economies, and most recently, turned it into an internet meme. It’s no mystery why we have a love affair with Bacon. It’s the Christina Hendricks of meat products. The smell of bacon soothes a crying infant. Vegetarians make exceptions for bacon. Bacon is the closest we can get to empirically proving the existence of God. Bacon, for lack of a better word, is The Shit.All the aforementioned could be said about store-bought bacon. The thing is, I had heard whispers that bacon from scratch—cured, smoked, and cut at home—puts store-bought bacon to profound shame. I didn’t think it was possible to improve on perfection, but I had to find out. And so I bravely set out to into the unknown to discover the lost art of homemade bacon, by which I mean I turned off Extreme Home Makeover, got off my ass and looked it up online.

via How to Make Bacon from Scratch | Cool Material.