HomeThoughts Why Our Food Is Making Us Fat

Why Our Food Is Making Us Fat 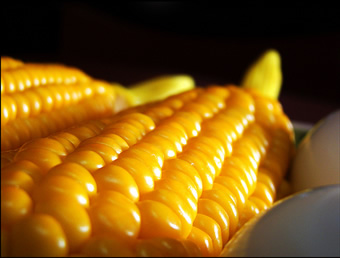 If you look sat most of the ailments we have today, I’ll bet that that you can find a correlation between when HFCS was introduced into foods and when obesity rates skyrocketed. As you can see, we have the Nixon administration to blame for it. I tell ya, as time goes by, you can trace more and more of our societies ills on government intervention. Maybe government truly is the root of all evil… 😉

…The story begins in 1971. Richard Nixon was facing re-election. The Vietnam war was threatening his popularity at home, but just as big an issue with voters was the soaring cost of food. If Nixon was to survive, he needed food prices to go down, and that required getting a very powerful lobby on board – the farmers. Nixon appointed Earl Butz, an academic from the farming heartland of Indiana, to broker a compromise. Butz, an agriculture expert, had a radical plan that would transform the food we eat, and in doing so, the shape of the human race.

Butz pushed farmers into a new, industrial scale of production, and into farming one crop in particular: corn. US cattle were fattened by the immense increases in corn production. Burgers became bigger. Fries, fried in corn oil, became fattier. Corn became the engine for the massive surge in the quantities of cheaper food being supplied to American supermarkets: everything from cereals, to biscuits and flour found new uses for corn

via Why Our Food Is Making Us Fat – Liberty Crier.