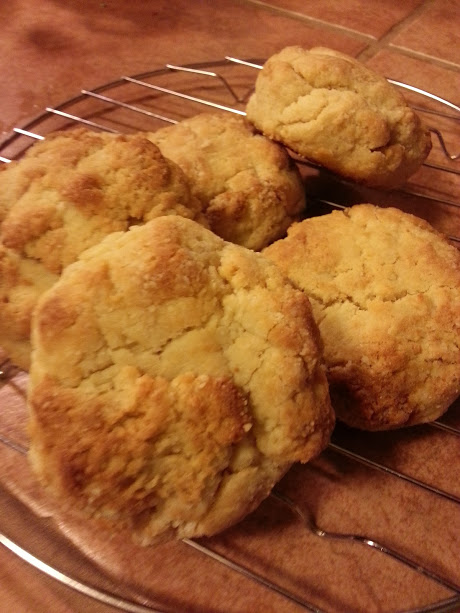 Another yummy biscuit variation, especially if you’d prefer almond flour over coconut. These were especially great with our Cincinnati Chili tonight!

Combine almond flour, salt and baking soda in a bowl.  In a separate small bowl, whisk together eggs, honey, and oil.  Mix wet ingredients into dry until a nice dough forms.

Roll the dough out until it’s about an inch thick and use a biscuit cutter to cut rounds out of dough, or form 1-inch thick round biscuits with your hands.

Bake biscuits for about 12 to 15 minutes or until golden. Makes about 12 biscuits.